The wine that I’d like to present to you today is from the Conca de Barberà region, an area of the Tarragona province in the south of Catalonia. It is also a Denominació d’Origen (Designation of Origin) with a long history relating to the vineyards and winemaking. The only time when winemaking ceased was during a period during the Middle Ages when it was conquered and occupied by the Saracens. Fortunately, at the  Early Middle Ages the cultivation of vines slowly recovered as the Catalans started to recapture their lands. In this area vine growing was closely linked to two religious orders: the Cistercians, at the abbey of Poblet, and the Templers, warrior-monks who had settled in the Conca Barberà. These monks helped in the reintroduction of viticulture and they explained to the farmers how to cultivate and look after the vineyards in order to have good wines. All this knowledge was passed on from generation to generation until the present day.
Vine growing increased progressively in the region and before the arrival of phylloxera plague the area was a great exporter of wine, especially to Northern Europe and America. Unfortunately Phylloxera arrived at the beginning of the XIXth century. In spite of this plague, the enthusiasm and knowledge of the farmers wasn’t affected and they decided to regain the vineyards, using all that they learned from previous generations. They joined forces and continued to cultivate vines.
Conca de Barberà was a pioneer in Spain of the co-operative system of wine production; it was in this area in 1894 where the farmers of Barberà de la Conca started the replanting of vineyards and founded the first co-op, linked to viticulture and the wine production. 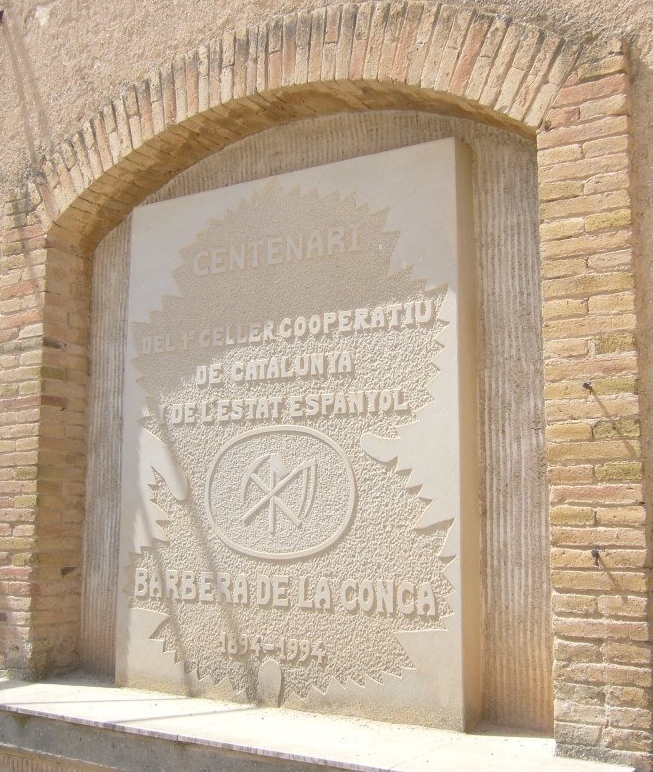 The co-op model has proven to be important as now it enables winemakers to work on pioneering projects, acting as an incubator for new ideas and techniques. The idea behind them is to help young viticulturists and winemakers get a foot on the wine ladder, allowing them to start making and promoting their own wines, with a view to starting their own cellar in the future. These wines are often called Vins d’autor or ‘Craft Wines’, wines that have a particular style and personality specifically linked to the winemaker.
Nowadays the Barberà de la Conca incubator model is a breeding ground for well known cellars and winemakers from the region.
The wine I recommend today comes from one of these five cellars that form part of the winemaker’s incubator: Gatzara. This word, in Catalan, means shouting, uproar in which a bunch of people show their joy (Pompeu Fabra’s General Dictionary of Catalan, 1932). 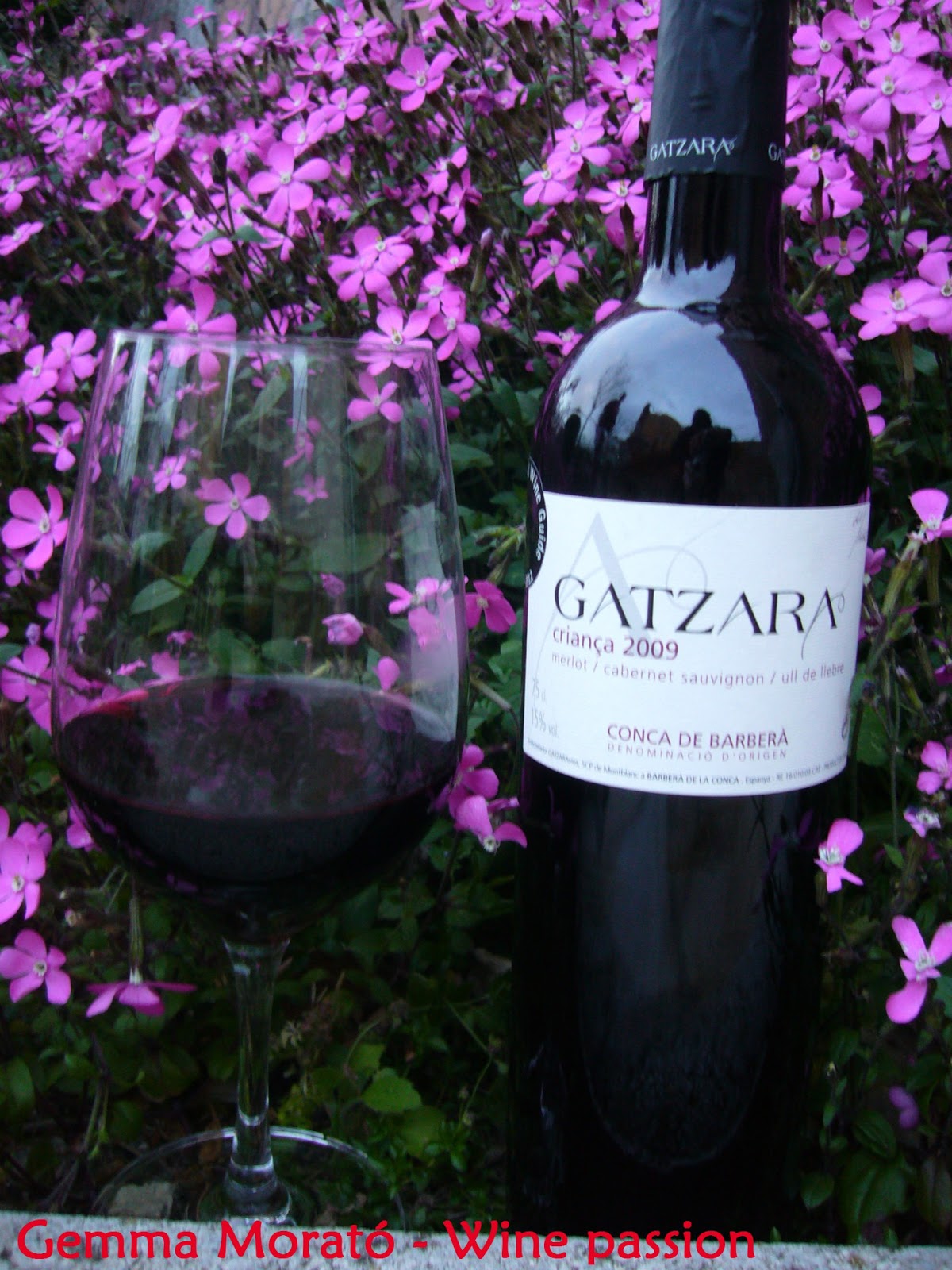 Gatzara criança 2009 is a wine of limited production (only 4463 bottles!) made with  the Merlot (50%), Cabernet Sauvignon (30%) and ull de llebre orTempranillo (20%) varieties,  taken from old vines located in different vineyards of the area at a height of about 600m. The vine yield is low and the vineyard is cultivated in a way that respects and takes care of the environment.
The harvest is carried out manually, allowing a careful first selection of grapes in the vineyard, picking the grapes at the moment they reach their optimum maturity.

Once the vinification is finished, the wine starts a period of 12 months aging in half toasted French oak barrels.
With the wine glass full we can see the garnet colour and cherry red rim. It’s a clean and bright wine in appearance with thin, slim legs that go descend slowly around the glass.
The aromas are clean, with moderate intensity. At the beginning the smoked and toasted aromas stand out, due to the aging in the oak barrels. However, as the wine begins open up  we can detect black and red fruit, like blackberries & raspberries, also roasted bell pepper aromas. Once the wine has had time to breathe, the Mediterranean herb aromas of rosemary and thyme can also be noticed with a hint of chocolate.
On the palate the taste is at first creamy and intense, transforming into a silky, velvety wine, in which the sweetness of the tannins stand out. This wine is full-bodied, very pleasant on the palate, with good balance and structure.
We can perceive sweet fruit and berry flavours, and again traces of chocolate and vanilla.
Finally, I would like to point out that this is a wine with many nuances that needs time to be discovered and savoured, without rushing. Despite the high ABV, 15% vol. you don’t really notice it. It’s easy to drink a glass, but if you would like a second one, it would be better to accompany it with food. Gatzara criança 2009 goes well with roasted meat and grilled vegetables, cold meats, cheeses etc....
The official recognition of this wine should not be overlooked, it has received the following awards and evaluations:

·         Gold medal in the International Wine Guide 2012
·         Best red wine criança in the  XIIth Wine and Cava contest de la Conca de Barberà
·         92 points in the Peñín Guide
If you are interested in tasting or buying this wine, please get in contact with me at info@winepassion.cat